Bank of the West

Based in Pasadena, E-Central Credit Union offers a wide range of affordable financial services, such as home and auto loans, checking and savings, and business accounts and loans.

East West Bank, headquartered in Pasadena, CA, is the largest independent bank by asset size based in Southern California. It is a subsidiary of East West Bancorp, Inc. (NASDAQ: EWBC) and operates more than 130 locations in the United States and Greater China. As one of the few U.S. banks with a full banking license in China, East West Bank helps businesses meet their cross-border banking needs and achieve their financial goals. As the premier financial bridge between the East and West, the Bank offers commercial and retail banking, wealth management, and expertise in specialized verticals such as Real Estate, Entertainment, Technology, Private Equity, and Life Science.

Forbes has recognized East West Bank as the 5th best bank in America in 2018 and among the top 15 of “America’s 100 Best Banks” since 2010. East West Bank also earned the title of #2 of Best Bank in California from Forbes’ 2018 customer satisfaction survey. Learn more at www.eastwestbank.com.

First Choice Bank and our employees are committed to providing superior customer service and products to a much broader and more diverse population of businesses types and population of customers. Traditionally, large banks do not do an effective job of servicing the needs of small business owners. Their approach of â€œone size fits allâ€ is applied to both large and small businesses with smaller businesses being less accommodated.Â

Fundamental to the success of First Choice Bank is the understanding that as a community bank, we cannot take the â€œall things to all peopleâ€ approach. Rather, we distinguish our Bank by providing a personalized approach to your banking needs whether business or personal.Â

We are the home of â€œRelationshipâ€ Banking with our focus on service and professionalism. Visit us and tell us â€œYour Storyâ€ so that we can customize services and products for you.

Green Dot Corporation, along with its wholly owned subsidiary bank, Green Dot Bank, is a pro-consumer financial technology innovator with a mission to reinvent personal banking for the masses. Green Dot invented the prepaid debit card industry and is the largest provider of reloadable prepaid debit cards and cash reload processing services in the United States. Green Dot is also a leader in mobile technology and mobile banking with its award-winning GoBank mobile checking account. Through its wholly owned subsidiary, TPG, Green Dot is additionally the largest processor of tax refund disbursements in the U.S. Green Dot's products and services are available to consumers through a large-scale "branchless bank" distribution network of more than 100,000 U.S. locations, including retailers, neighborhood financial service center locations, and tax preparation offices, as well as online, in the leading app stores and through leading online tax preparation providers. Green Dot Corporation is headquartered in Pasadena, Calif., with additional facilities throughout the United States and in Shanghai, China.

We are a full-service financial institution, providing everything from checking & savings to home, auto, and personal loans, while also offering online services, investment & retirement planning, and meeting your insurance needs. We offer our services to everyone who lives, works, worships, volunteers, or attends school in Los Angeles County. As a member of a CO-OP connected credit union, you gain access to our nearly 30,000 CO-OP surcharge-free ATMs and over 5,000 shared branching locations, nationwide. We're here to serve our member-owners by helping them to make the most of their money.

Luther Burbank Savings ranks among the nation's most productive banks. Our efficiency allows us to offer high-yields on Certificates of Deposit, Money Market and Checking Accounts.

As a Financial Advisor, I am a trusted member of the clients and businesses that I serve. My responsibility is to ensure that I manage my clients’ wealth in order for them to live their best financial lives possible. My specialty is making you feel comfortable with your finances by distilling the complex. My team takes complicated financials, organizes them, simplifies them into a manner that can be explained and understood, and creates financial plans so that you are protected and taken care of. I do this through a holistic approach by looking at your priorities, life goals, family dynamics, and many other factors to prepare your future, including transitioning wealth to the next generation.

Pacific Premier Bank is a full-service bank providing banking products and services for businesses and individuals in Los Angeles County. The Bank's focus is serving entrepreneurs, professionals, closely-held businesses and real estate investors with true relationship banking. In addition to traditional personal and commercial banking services, the Bank offers a wide variety of mortgage loan alternatives, including conventional, FHA, jumbo and super-jumbo mortgage loans. At Pacific Premiere Bank, our goal is to build loyal partnerships with employees, clients, shareholders and our community. As a bank founded by entrepreneurs, we understand your business needs and strive to help keep you focused on your goals with access to management and immediate response from our team.

Named the SGV's Best Bank/Credit Union by readers of the Pasadena Star News and LA Times, Pasadena Federal Credit Union has been standing strong and serving our community since 1935. A non-profit financial co-op whose members have access to more than 4,000 walk-in branches nationwide, more than 28,000 surcharge-free ATMs and great loan and savings rates, PFCU is the credit union for employees of the cities of Pasadena, San Gabriel, South Pasadena and Sierra Madre plus dozens of local non-profits and businesses of all sizes. In the face of sky-rocketing bank fees, check out the How to Join section of our website and offer your employees the real benefit of PFCU membership at no cost to you!

Paymintz Merchant Services is a full-service payment processing partner.  We provide all the tools to helping new or existing businesses build confidence in their sales platforms.  If your business wants to sell further, faster and more affordable, Paymintz and their incredible service team will install, train, and provide ongoing support for the best rates in the business.

QUEST FINANCIAL SERVICES focuses on the commercial lending needs of companies in manufacturing, distribution and service industries. Invoices, purchase orders, inventory and real estate may be used to support these lending needs. Leasing programs are available for equipment used in offices, manufacturing, warehousing, and transportation [commercial and personal use]. 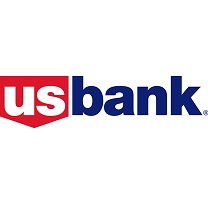 We believe in putting people first, and our dedication to making ethical decisions & doing the right thing is at the heart of what we do. We have been named worlds most ethical company by Ethisphere, 3 years in a row.